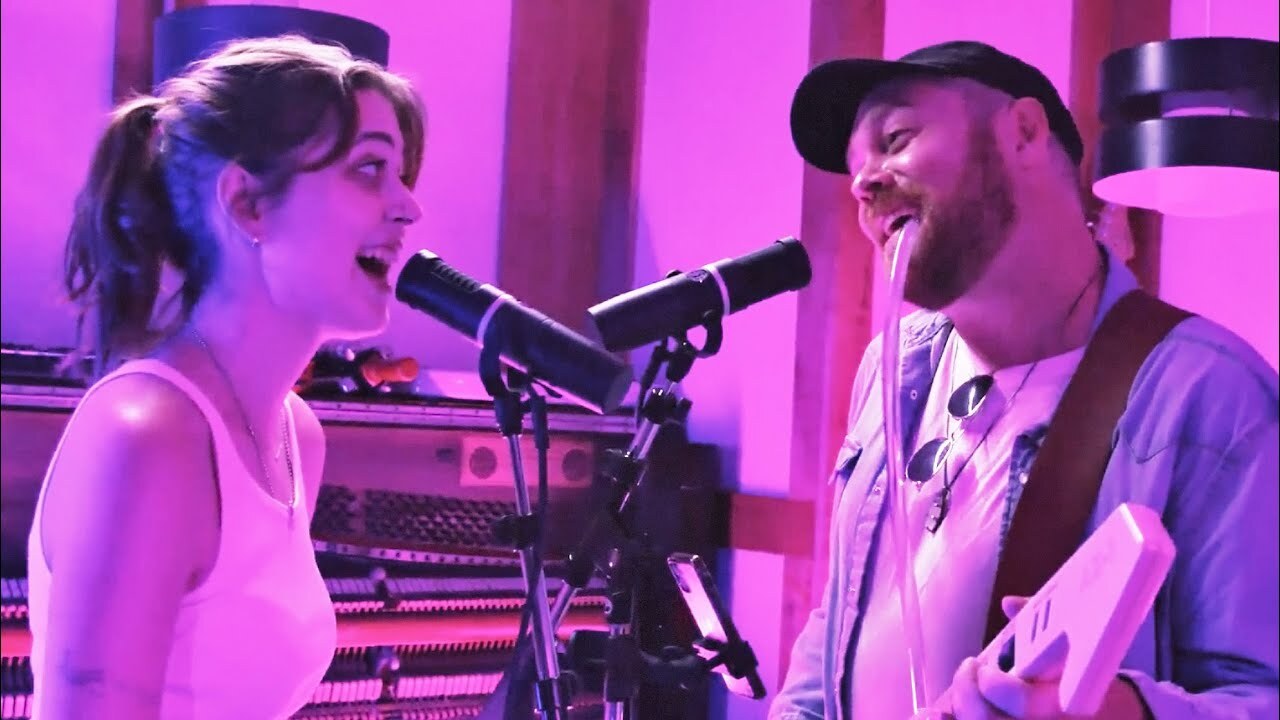 Scary Pockets is the musical collective that has been transforming pop classics into funk anthems for over half a decade.

Each week they release a new cover on YouTube featuring razor-sharp instrumentalists and a rotating cast of virtuosic lead singers. Amazingly, each of their 200-plus covers is arranged on the fly, in a span of about 90 minutes—capturing the talent and spontaneity of a group of musicians at the top of their game.

We here at Switched on Pop were struck by the band's ability to infuse familiar songs with syncopation and backbeat, and rack up millions of views in the process, so we reached out to Scary Pockets's leaders—guitarist Ryan Lerman and keyboardist Jack Conte—to arrange for Nate and Reanna to be flies on the wall during their creative process.

After documenting the behind-the-scenes dialogue that led to a slow-burning interpretation of the Bee Gees's 1977 classic "Staying Alive," we called up Ryan, Jack, and the song's lead vocalist, Lizzy McAlpine, to hear their insights on making a song that everyone knows sound fresh and unfamiliar