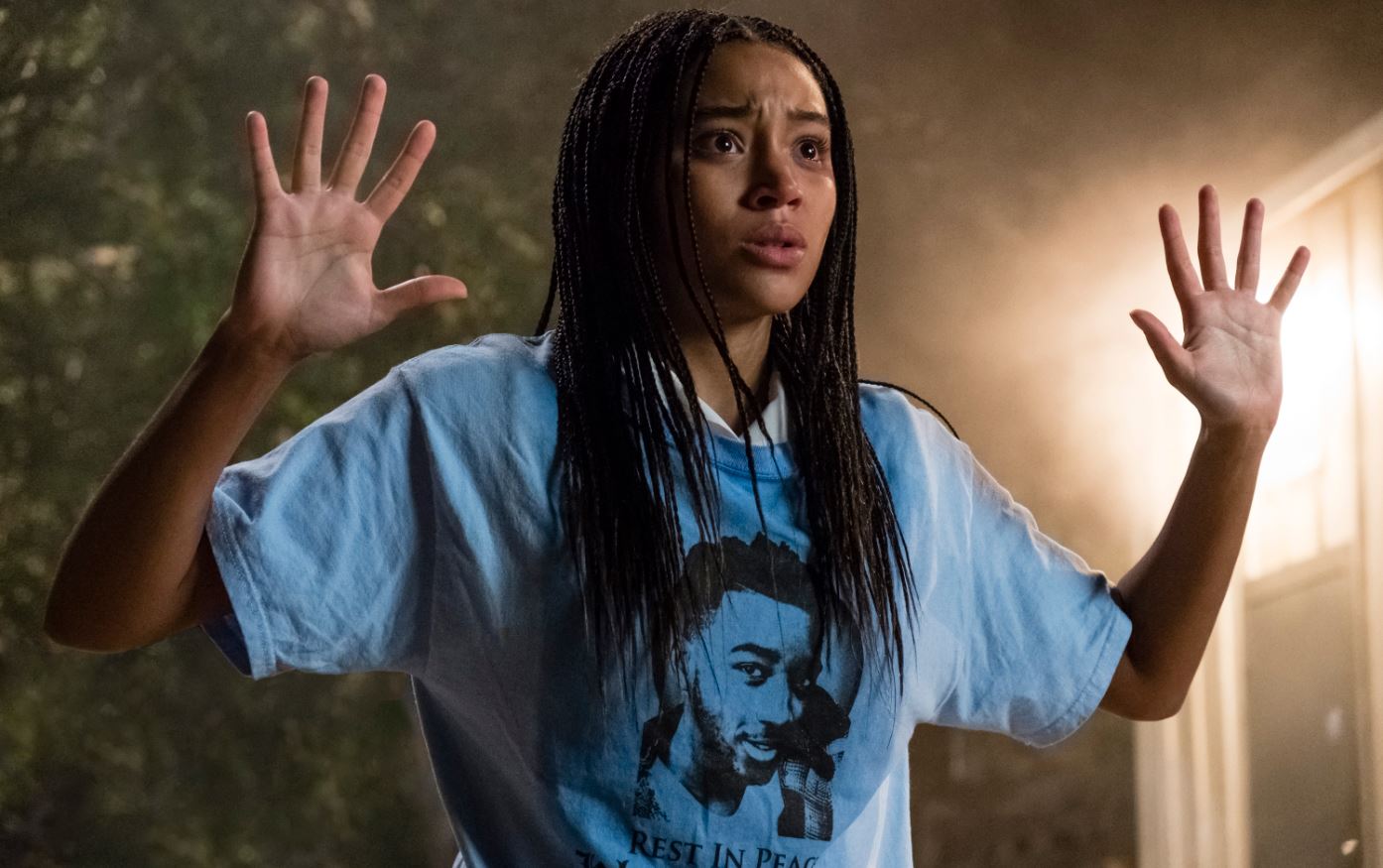 Photo credit: Courtesy of Twentieth Century Fox. Amandla Stenberg stars in The Hate U Give in UK cinemas on Monday 22 October.

It goes without saying that the USA – and the rest of the world, but especially the USA – is incredibly divided at the moment. The United States are not so united as people are split – rich vs poor, white vs black, republican vs democrat.


A story that has consistently kept the world’s eyes focused on the US over the past few years has been the mistreatment of black people at the hands of the police.


The headline “unarmed black man shot dead by police officer” has become commonplace – whether in 2014 with Eric Garner who was murdered after a police officer used a banned chokehold to restrain him, Michael Brown in the same year who was fatally shot by a policeman in Ferguson or Freddie Gray in Baltimore in 2015 who died after police caused a severe spinal injury whilst carrying him to the police van. These are just 3 of hundreds of stories.


It shouldn’t be a surprise to anyone that these stories are nothing new. It may feel like a recent “phenomenon”, but the truth is that this is a historical truth that has existed for decades. It’s only now that, as witnesses on the scene can film the events with their phones, that they are becoming as viral as they are. But, even in 1991, when Rodney King was beat to death by policemen more than 50 times – it was nothing new.

This is the landscape that The Hate U Give exists in, and it’s the issue that the film (directed by George Tillman Jr. and based on the novel by Angie Thomas) tackles head-on.


The case in this film might be fictional – the victim, Khalil (played by Algee Smith), is a made-up character, but the story itself is shockingly close to the truth.


When Starr Carter – a black teen balancing life living in a black neighbourhood whilst attending a rich, mostly white, prep school – witnesses her best friend get shot by a policeman whilst sat in the passenger seat, there are plenty of pressures facing her. Does she speak up and tell her truth, or does she hide in the shadows trying to fit into the image that her school friends believe she is? Does she snitch on the people ultimately responsible for her friend's death? Does she join her community and speak out about the injustice?


Whilst showing the reaction on both sides – both the angry, black community and those who feel sympathetic for the police man’s family – The Hate U Give manages to get deep under the issue, showing how the cycle of young black men and women dying young at the hands of police officers can be stopped. And the realisation that Starr lands on at the end of the film is hidden right in the name:


The Hate U Give Little Infants F’s Everybody (Thug Life). The seed you sow grows and blows up in your face.

Amandla Stenberg leads an expertly crafted star cast – including Issa Rae, Sabrina Carpenter, Common, Anthony Mackie and more – and, as her character’s name suggests, truly shines as Starr Carter. This is yet another film under her belt to build her into the Oscar-worthy actress she is on course to become.


The film is shockingly honest and upfront with the realities faced by certain communities, and it doesn’t live in an ideal world – even if the ending is slightly idealistic. Whilst the storytelling does lapse in places, and there are times when it feels more like a Facebook Watch series than a cinema experience, the stellar acting and powerful message of the film cuts through consistently, resulting in an impactful film which could make even the staunchest Black Lives Matter opponent consider the other side’s perspective.

THE HATE U GIVE is in UK cinemas on Monday 22 October.

Hot in Films
Interview with Bukky Bakray and Kosar Ali | ROCKS
Eartha Stasaiyte sat down with the stars of ROCKS to talk about their new film, quarantine and their rising stardom.
Interview with John Cena
When Alec met… John Cena: Truly a meeting of minds.
Interviews with the Cast of Blue Story
Maya Egbo sat down with Rapman, Michael Ward, Stephen Odubola the cast behind Blue Story to talk stories from the auditions and she tests their red carpet poses!
BLUE STORY: THE CONVERSATION
All the drama and all the action from the film that has the nation talking. The team behind "Blue Story" join us for a round table conversation about the film and the crucial themes it explores.