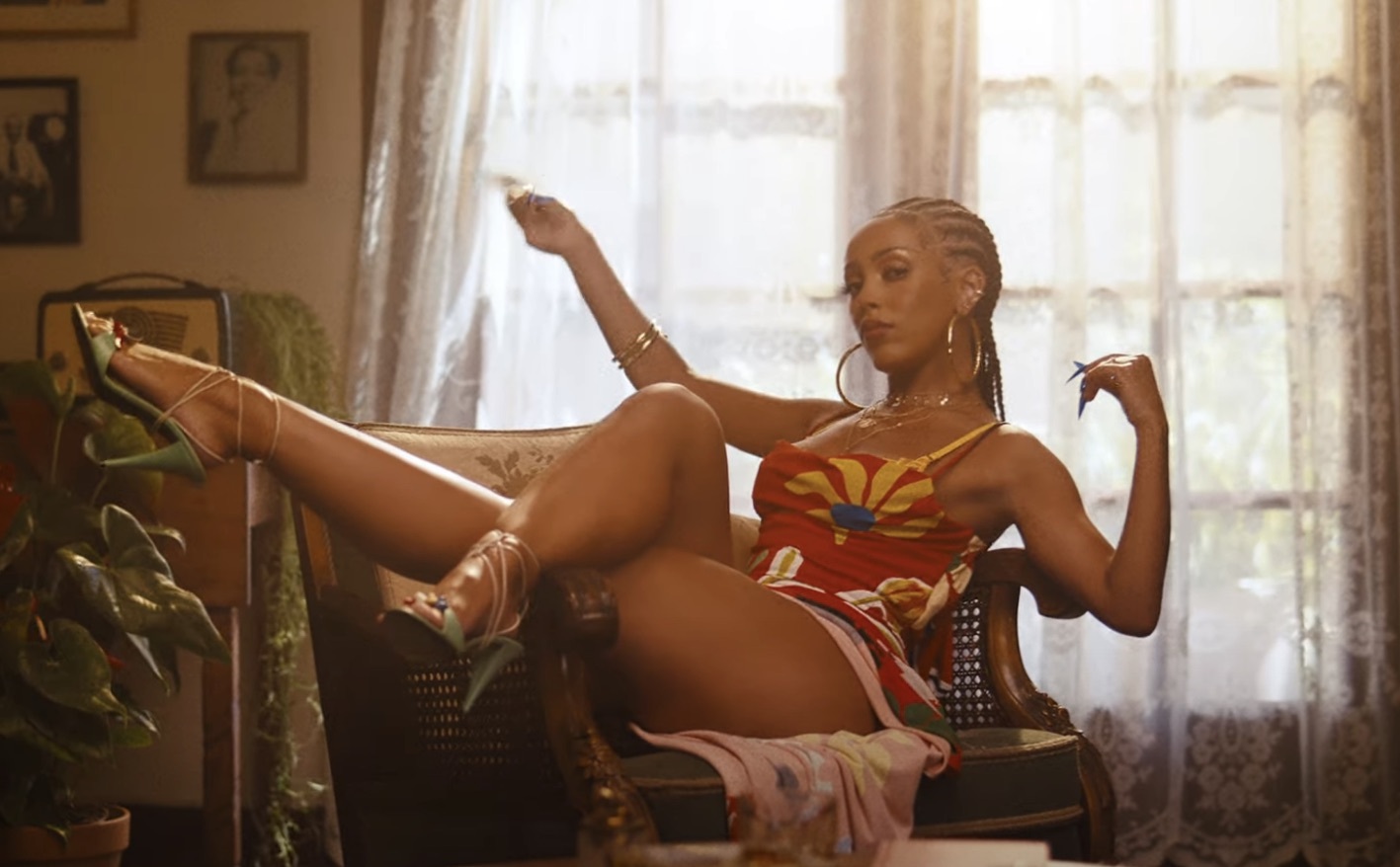 Elvis Presley’s streaming subscribers has grown by two million listeners on Spotify since the film’s release according to ChartMetric, and if you’re hearing a lot more “Hound Dog” these days, it might be partially due to the success of Doja Cat’s hit song “Vegas”, which updates – and interpolates – the song for contemporary listeners.

The original is a sauntering blues song with a raunchy tale about a two timing man; Presley, who is frequently said to have stolen the song from Thorton, instead sings a tepid lyric about an actual dog, and radically changes the groove.

But in an interview with Rolling Stone, Stoller says Presley didn’t steal the song at all. Rather, he adapted one of many covers of the song, specifically the version performed by the Las Vegas lounge act Freddie Bell and the Bellboys. Their “Hound Dog” borrows its upbeat rhythm from a song responding to the original “Hound Dog”, titled “Bear Cat”.

It’s a similar rhythm to the one we hear on the contemporary Doja Cat version, “Vegas”, which heavily features samples of Thornton’s original vocals: listening closely reveals a song that synthesizes a complicated music history by uniting the best parts of the many versions of “Hound Dog”.

Listen to the latest episode of Switched On Pop and uncover the long legacy of “Hound Dog”.