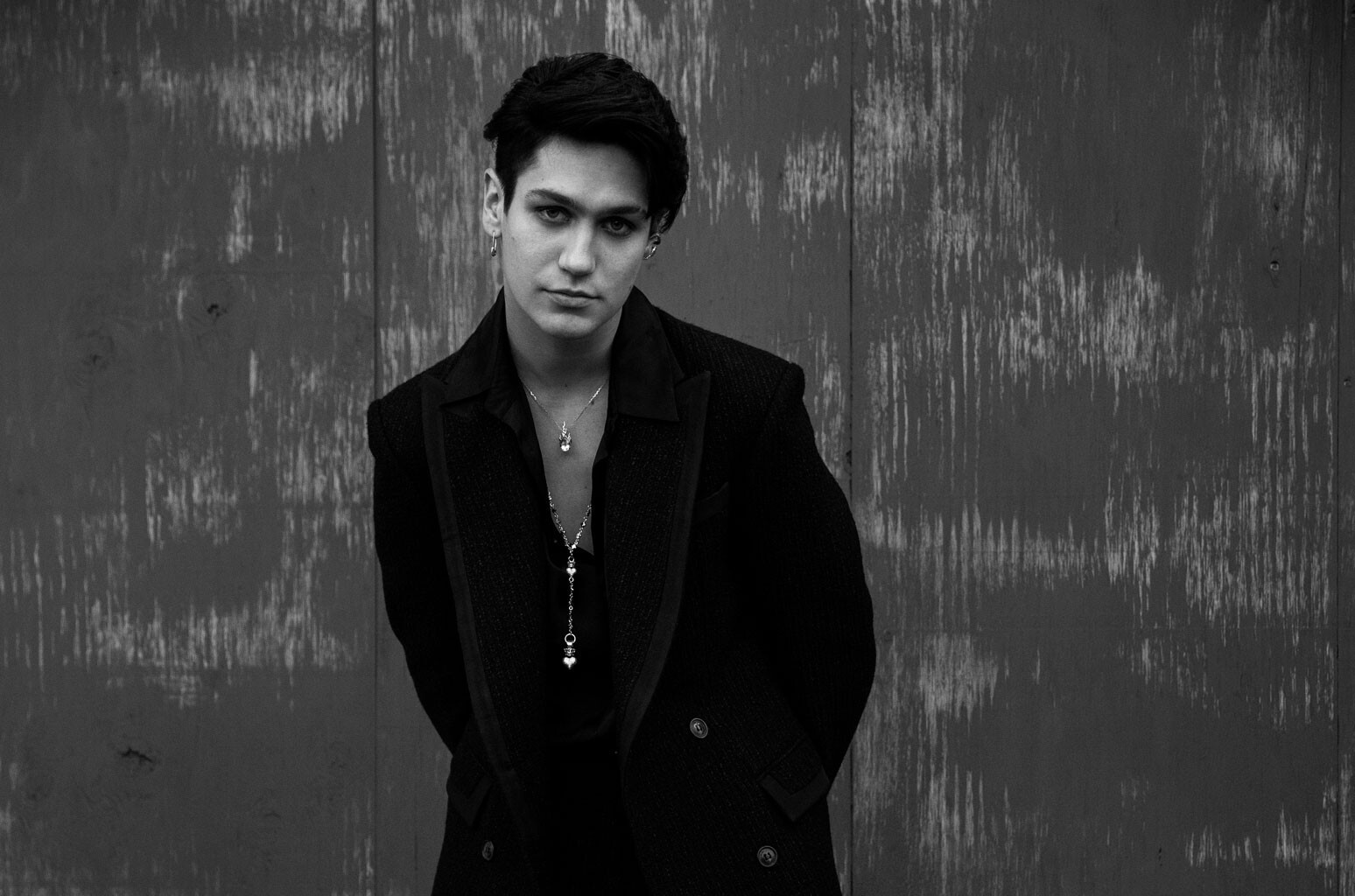 The internet has a lot to say about LILHUDDY – but now it’s his turn to speak.

When the TikTok-turned-pop star announced earlier this year that he would be coming out with a project, most people groaned with the same “just because you can make 60 second videos doesn’t mean you can make music” groans that have followed most internet celebrities. However, through quality of work alone, the personality otherwise known as Chase Hudson silenced his critics very quickly.

Leading with “21st Century Vampire” – in itself a rebirth of Blink-182 era pop punk – LILHUDDY proved that he has earnt a spot on your playlist. The catchy song spoke to his feeling of being an outcast and not being able to be his true self; after all, on the internet there’s a habit of people liking you for their version of you, not your reality.

Further singles, including “America’s Sweetheart” (often rumoured to being about his break-up with Charli D’Amelio, and featuring her in the music video) and iann dior, Tyson Ritter and Travis Baker-featuring “Don’t Freak Out”, once again prove that LILHUDDY has what it takes to be a credible pop star existing in the same world as YUNGBLUD and Olivia Rodrigo.

And then comes the ultimate test: the debut album. On “Teenage Heartbreak”, LILHUDDY has a body of worth with the direction and clarity that most established artists would envy. Containing highs and lows, hints to stories we all know – and others we can just relate to – in the 11-track collection you get all of the angst and frustration of teenage life, and then some.

LILHUDDY sat down with James Gilmore about the adjustment from social media star to music artist, the vulnerability of “America’s Sweetheart” and what’s to come.

Interview with Sigrid
Interview with Glass Animals
Interview with renforshort
Interview with Dylan
Interview with Salem Ilese
Hot in Music
Where We Are | An Extreme Court
Nina Porter breaks down the key events happening in the world from the past 7 days. New episodes published every Monday.
Interview with Leah Kate
She's 2022's viral breakout. You might know Leah Kate from her nearly-100M streaming 10 Things I Hate About You... but she's just getting started.
Switched On Pop | Beyoncé's House
A podcast breaking down the music of pop hits.
Punch Up The Jam | I'm Not Okay (with Gianmarco Soresi)
Andrew and Evan are joined by a special guest every week to revisit, review, and revise a song of their choice, and then offer an improved "punched-up" version.