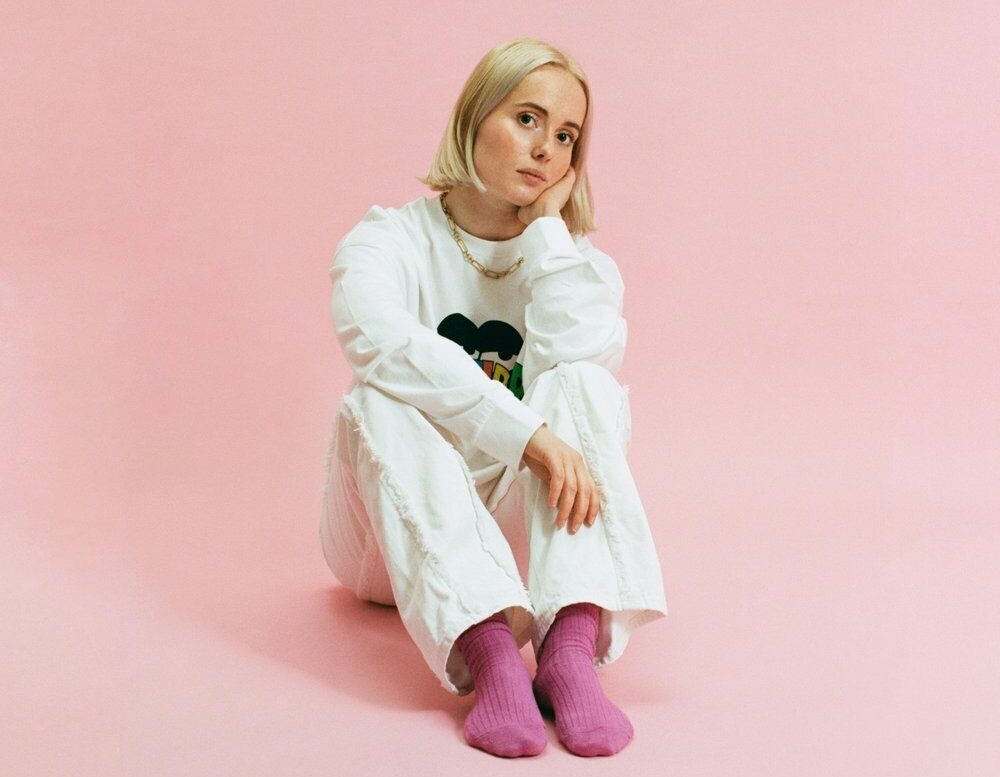 You wouldn’t believe that SOFY only started writing music a year ago.

Whilst deep in quarantine and furlough, the Leicester-raised singer started using songwriting as a coping mechanism during COVID times, turning to her love of hip-hop for inspiration and turning out a marriage between hip-hop beats and indie-pop melodies.

Since then, she has gained hundreds of thousands of streams across her songs including “Strawberry Milkshake” (a summery single about not overthinking decisions and going with your gut) and “Lads! Lads! Lads!” (an laidback single criticising toxic masculinity). In the process, she has made a name for herself for her unique brand of dead-pan, conscious pop music, gaining support from Sam Fender and YUNGBLUD in the process.

Now SOFY has released her debut EP, “Bored In Colour (Pt. 1)”, bringing to a close her first era of bops and ushering in new catalogue of music. And if you have any doubt as to what this new era might hold, just look towards the artist’s most recent announcements: a headline hometown show, being included in the longlist of Glastonbury’s Emerging Talent Competition and being added to the line-ups of The Great Escape and Truck Festival.

For an artist just one year in the game, the term “exciting” is an understatement.

On our weekly radio show in partnership with SheSources, Sami Aronowitz sat down with SOFY to talk about entering music, the story behind her music and what’s to come.

Interview with Au/Ra
Interview with Easy Life
Interview with Salem Ilese
Interview with Sigrid
Interview with Crawlers
Hot in Music
Where We Are | An Extreme Court
Nina Porter breaks down the key events happening in the world from the past 7 days. New episodes published every Monday.
Interview with Leah Kate
She's 2022's viral breakout. You might know Leah Kate from her nearly-100M streaming 10 Things I Hate About You... but she's just getting started.
Switched On Pop | Beyoncé's House
A podcast breaking down the music of pop hits.
Punch Up The Jam | I'm Not Okay (with Gianmarco Soresi)
Andrew and Evan are joined by a special guest every week to revisit, review, and revise a song of their choice, and then offer an improved "punched-up" version.