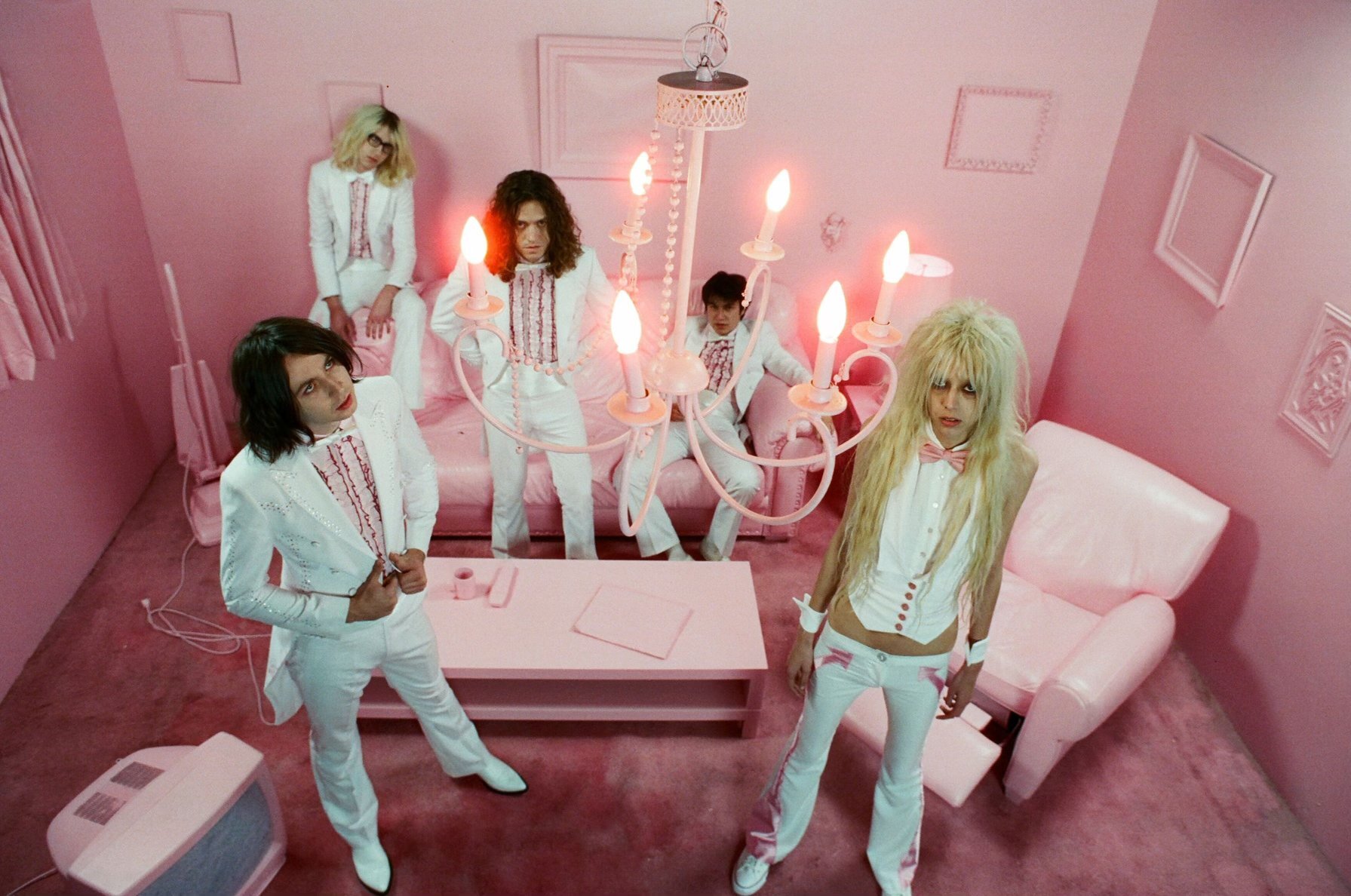 With the world in turmoil in nearly every single way, it feels like we are overdue a rock revolution on the scale of the 70s. Starcrawler are hoping that they’ll be the band to spark it.

Rising from California, the 5-piece’s music has the alternative music world in a tight grip with the release of their latest album “She Said” – a loud re-introduction to a group who have come out of the shadows of the pandemic with a clear vision of their musical direction and style.

Leading the 10-track project is single “Roadkill” – a festival anthem that has been as well received as it was seemingly designed to be. The most-streamed single on the project (teetering on the 1M streams milestone), the roaring guitar and drums are a statement piece for the well-rounded album: This is full of strong melodies, huge tunes and a lot of head banging.

Having spent the Summer getting re-acquainted with ‘the road’, Starcrawler are demonstrating proof that their music has the stadium qualities it clearly desires. Having supported My Chemical Romance on their UK Stadium Tour as well as playing festivals including the UK’s All Points East, the band’s live set lives up to expectation as frontwoman Arrow De Wilde is un-ignorable on stage.

New fans of Arrow, Henri, Bill, Seth and Tim find themselves in good company – as the band have found supporters in the likes of Elton John, Iggy Pop, Jack White and Dave Grohl. Alongside this Summer’s hectic schedule, they have also supported Jack White and Foo Fighters on tour.

With much more up their sleeves, it’s clear that Starcrawler’s run of success has only just begun. Blending both the old-fashioned rock requirement of a strong live show with the ability to generate streaming anthems – if you’re looking for a soundtrack to accompany your anger for the state of the world, this band is waiting for you.

James Gilmore sat down with Arrow De Wilde, Henri Cash and Tim Franco from Starcrawler ahead of the release of their album “She Said” to talk about the new album, stories from lockdown and they even come up with some Dragons Den ideas…