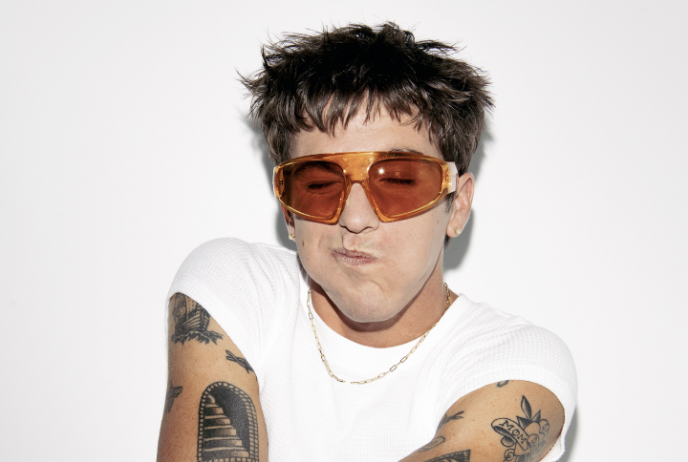 For the past 5 years, Tucker Pillsbury – better known by his stage name ROLE MODEL – has been building to this moment: when ever-growing crowds of fans would sing every word of every one of his songs back to him.

His debut album, 2022’s “Rx”, officially marked that moment. Whilst singles such as ‘forever&more’ and ‘neverletyougo’ set the internet alight with relationship rumours and memes, album tracks ‘die for my bitch’ and ‘if jesus saves, she’s my type spoke’ to a deeper lyrical appreciation amongst his fans.

The album puts ROLE MODEL’s emotional development on full display. Whilst in previous projects (such as 2020’s “our little angel” EP), it would have been impossible to have imagined the Portland native ever confessing feelings of love – now he’s full-on embracing it. And beyond making songs that scream “I’M SO IN LOVE” to you, the music digs deeper to expose the artist’s own deep-rooted fears and anxieties.

With a major album and multi-leg tour under his belt, you would have thought ROLE MODEL would be calling in a break. Now comes a new single – ‘cross your mind’ – further fanning the flames of his musical glow-up.

In the single, the artist exposes his own fears as to whether his partner is as in love with him as he is with them. Whether or not the song is about her, Tucker’s real-life, much publicised girlfriend is Emma Chamberlain.

In years to come, music lovers and fans alike will look back at 2022 as the year that ROLE MODEL truly began his ascent into the mainstream and solidified his place on all of our playlists. And, wow, if this year is just the beginning – it’s impossible to not get excited for what’s to come.

ROLE MODEL sat down with James Gilmore to talk about his new single ‘cross your mind’, revealing his relationship through his music and singing about insecurities.